Posted in Tours & Travel on July 23 2019 at 10:42 AM
Siem Reap is thriving. This town is Cambodia's number one tourism destination thanks to the grand temples of the Angkorian era sitting right on its doorstep. Everyone who arrives is here to see Angkor Wat, but the town's burgeoning popularity with travelers has led to a whole host of other attractions and activities opening up, which provides some downtime from temple-hopping. Siem Reap itself isn't the prettiest town but it has a lively café and restaurant scene that is beginning to compete with Phnom Penh for cosmopolitan flair, and the central city area is home to some of the best souvenir shopping you'll find in the country with both market stalls for great bargains and a whole host of plush boutiques for special gifts. 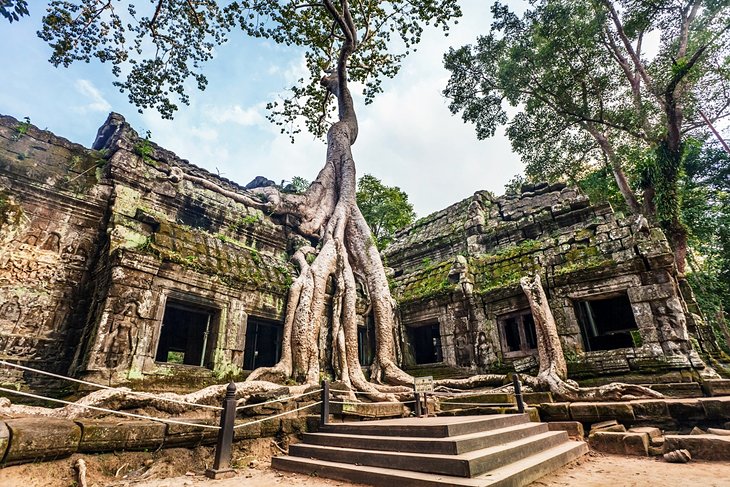 Siem Reap's energetic and forever expanding tourist industry is all down to the fact that one of the world's most incredible ancient sites sits next door. The vast Angkorian city that sprawls across Angkor Archaeological Park (more commonly called after its major temple complex, Angkor Wat, by visitors) built by a succession of kings between the 9th and 15th centuries, contains hundreds of temples and is so vast that even after multiple visits, you'll still feel you've only scratched the surface.

During the medieval age, this was the world's largest city, though only the temples remain today. The main temple complex within the site is Angkor Wat itself with its stunning bas-reliefs carved with scenes from traditional Hindu epics. In particular make sure to check out the Churning of the Ocean Milk bas-relief on the east gallery.

After Angkor Wat, head to the sprawling 10-square-kilometer Angkor Thom complex where you'll find one of the most photogenic temples in the site. The Bayon Temple is famed for its 216 stone faces of Avalokiteśvara carved into the temple's 54 towers, built by the king Jayavarman VII, but don't miss the intricate bas-reliefs running around the temple walls that depict life here in the city and various battle scenes. If you've only got one day up your sleeve to hit the temples the next destination on your tick list should be Ta Prohm, easily one of the most photogenic sights here due to its half-tumbled buildings entwined with tree roots. With more than a day to discover the legacy of the Angkorian kings, there is a vast amount of other temples to see.

The best way of organising your temple time is to hire a tuk-tuk driver for a couple of days to whizz you in and out of town and to break up the temple gazing for a day or two in between. If you have three days available make sure you don't miss Preah Khan for its towering columns and definitely make time for the further flung temple of Banteay Srei. An excellent accompaniment to a visit to Angkor Wat, this modern museum does a good job of explaining and unpicking the history of the Angkorian period with audio-visual presentations, excellent information boards, and a well set out collection of Khmer treasures from the site's temples, along with pieces from other Cambodian archaeological sites. A visit here is one of the best ways to get your head around the various eras of the Angkorian period and the succession of kings that attempted to outbid each other on their temple building schemes. In particular, the entry gallery contains 1,000 images of the Buddha over the ages, Gallery A explains how the Khmer Empire was founded, and Gallery C is devoted to the story of the four greatest kings of the Angkorian era - Jayavarman II, Yasovarman I, Suryavarman II, and Jayavarman VII.

Cambodia's lauded circus, Phare Ponleu Selpak, is a dazzling spectacle combining acrobatics, music, dance, circus slapstick, and a variety of other performance arts, and it's also for a good cause. This is a contemporary circus, similar in style to Canada's famed Cirque du Soleil, with a story weaved through the performance, combining drama and comedy all into one show.

All the performers of Phare are graduates from the Phare Ponleu Selpak Performing Arts School in Battambang that trains disadvantaged youth in a range of arts. This colorful and lively spectacle merges more traditional circus skills with a thoroughly contemporary twist that also packs in elements of traditional Khmer cultural dance and music. It is a unique night out that manages to enchant both adults and children. Performances are held under a big-top nightly.

The long years of war during the late 20th century continue to scar Cambodia with the horrifying toll of landmines. There are thought to be around five million landmines still sitting buried in the countryside left by Khmer Rouge forces, Vietnamese forces, and the Cambodian government. Cambodians are still paying the price today with 15 people on average injured by landmines each month. The Landmine Museum, 25 kilometers north of Siem Reap, does an excellent and highly informative job of highlighting the ongoing scourge of landmines in Cambodia and the work being done to de-mine the country. It was set up by local man Aki Ra, who has greatly contributed to demining efforts. 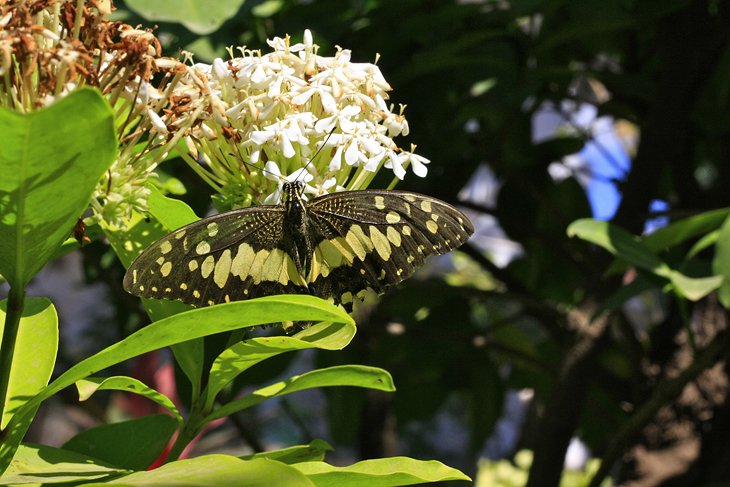 This is Southeast Asia's largest butterfly enclosure, home to thousands of endemic butterfly species that fly freely around a huge, enclosed tropical garden brimming with lush foliage and a variety of tropical flowers. A visit here provides an interesting natural diversion from all the temple-hopping, particularly for families with young budding botanists in tow. As well as simply admiring the spectacular kaleidoscope of colors from the amount of different butterflies within the garden, you can also see the entire life cycle of a butterfly from the pupae stage. About 25 kilometers north of Siem Reap, the center is very near to the Cambodia Landmine Museum, and combining the two for a morning or afternoon trip is a good idea if you're suffering from temple fatigue.

6 Flight of the Gibbon

Inside the Angkor Park area, the Flight of the Gibbon zip line tour (which also runs two zip line tours in Thailand) offers 10 zip lines crossing over a jungle canopy on a two-hour course. Along the way are four hanging sky-bridges, a 50-meter abseil that will please those seeking an adrenaline rush, and 21 platform stations. There are also plenty of opportunities to learn more about the jungle environment and flora and fauna, including edible plants, medicinal plants, wild orchids, and a tarantula house. There's also a chance that you may spot gibbons in the surrounding jungle as a couple have been released back into the wild here. Pick up from hotels in Siem Reap and lunch is included in the cost of the tour. 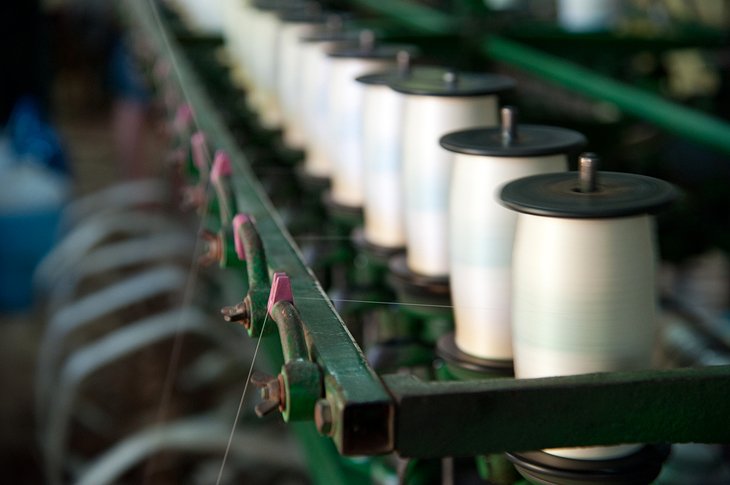 This school teaches traditional Khmer crafts of stone-carving, wood lacquer-work, and silk painting to disadvantaged local youths. It is part of a movement to help revive the many traditional crafts that were lost due to the years the country spent under Khmer Rouge rule. As well as being home to a beautiful shop (Artisans d'Angkor) where you can pick up stunning souvenirs of statues and lovely local silks for all your friends and family back home, you can also take a tour of the workshops and learn about the revival of Cambodia's crafts. There are also free tours available of their silk farm, 16 kilometers out of Siem Reap town, where you can learn about the process of making silks.